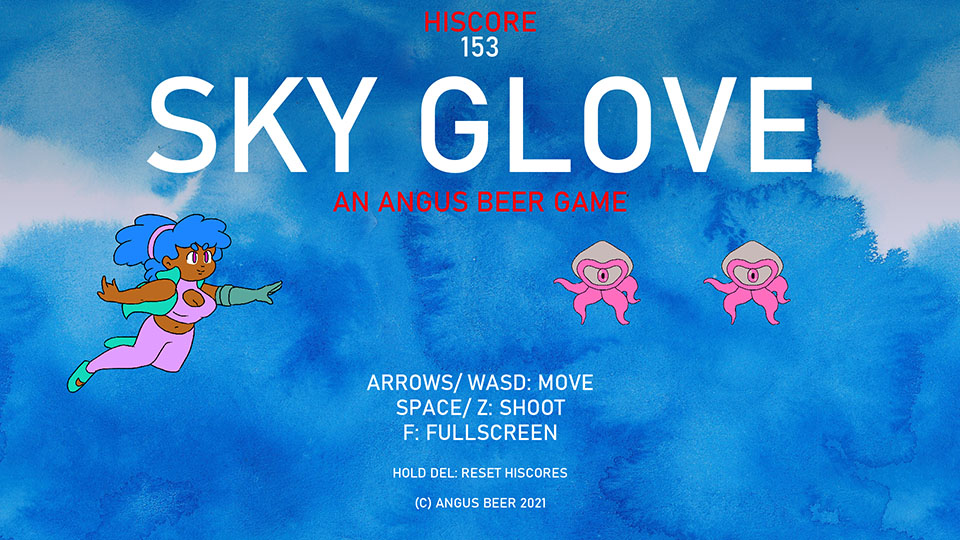 I wanted to talk about the making of my latest game, made for the Game Maker's Toolkit Jam set on the theme of "Joined Together". The game is called Sky Glove, you play as a girl with a detachable rocket arm on a mission to defend the sky from evil creatures known as Bloids.

You can only fire your arm once before waiting for it to return and reattach. You can grab items with your arm; Clocks give you time and bombs loose you time! I felt quite happy with my take on the Jam's theme.  Rather than what you may expect, two characters joined together, this is about you and your badass prosthetic limb.

It was a miracle this game came to be at all, as originally I was working on a different concept within a team. Plan's had overgrown in scope, so we unanimously decided to quit while we were ahead. It was a 2 day Jam but we stopped right in the middle. However with 24 hours left, I decided to make something entirely new on my own, and this is the result!

The original title for the game was "Punch Ball". It was loosely based on a Japanese street sport which played similar to dodge ball. I wanted to harken back to real world sports to set the foundation for this game. I thought about having a character throw a basketball which would bounce back upon hitting an enemy or the wall. While that core mechanic stayed, I felt I could make something more visually distinct.

I had designed a character a few months back and decided to bring her in for this game. I redesigned her to have a detachable robotic arm, which worked both as a gameplay mechanic and also added to her mystique. Finalising her design for this game has now defined her main ability from here on.

I often do pixel art for my games, though I've rarely mixed my traditional animation and game dev skills together. I felt this would be a great opportunity to do so! Both the player and Bloid enemies feature looping animations. I originally wanted to give everything a watercolour texture too, though only the background kept that element. 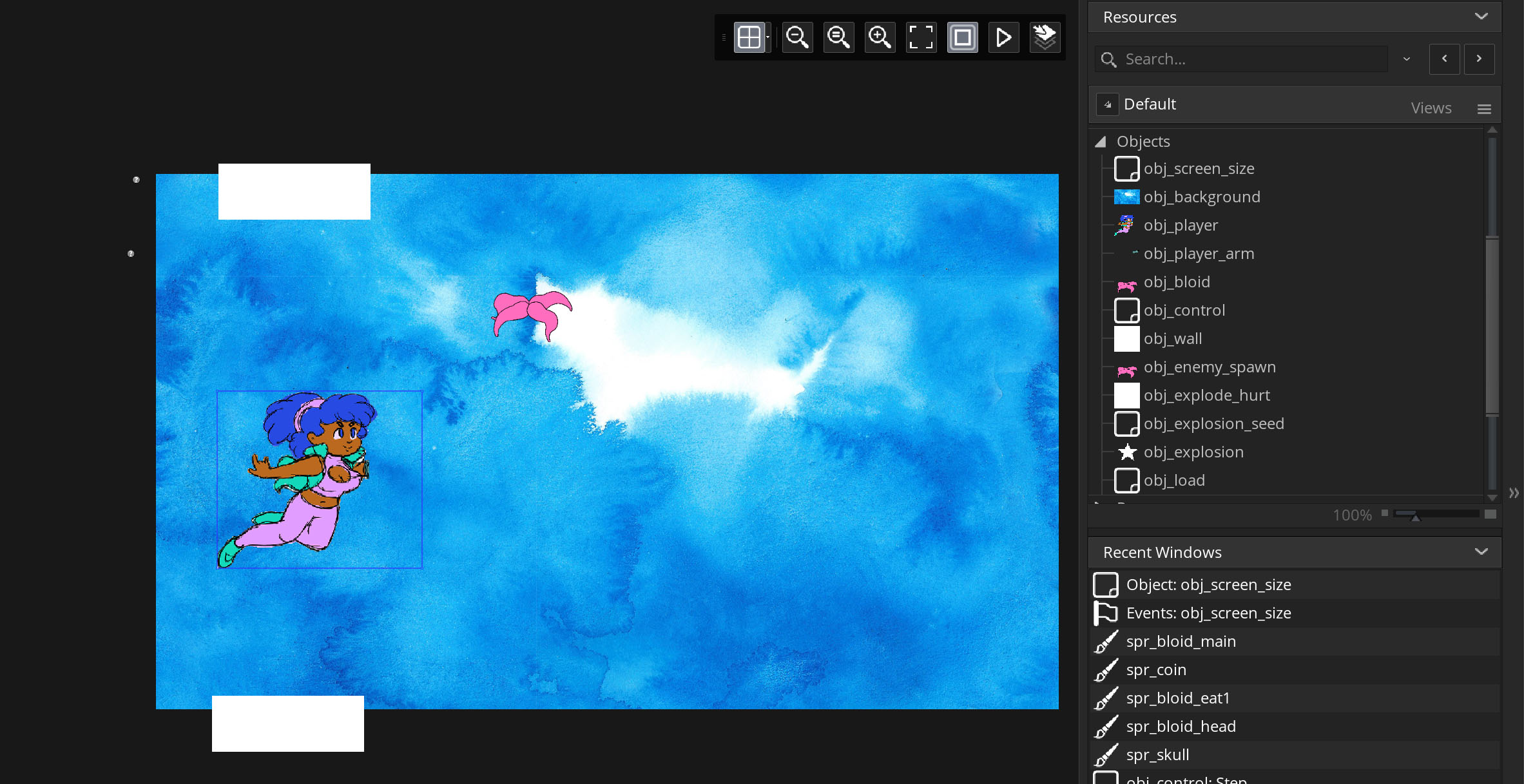 Gameplay wise I wanted to make something with an arcade-like energy as I enjoy pick-up-and-play games. What makes those kind of games fun is they often have a simple goal with room for strategy. In the case of Sky Glove, your goal is to destroy all enemies. The strategy is how fast you can do so without wasting time. On top of that you can get creative with how you navigate your glove, leading to ranking up combos!

I've made several games at this point so development overall was smooth.  It's hard to go talk about coding without getting technical, but the image above is essentially the whole game. I've learnt a lot of shortcuts over the years that helped on saving time and resources. The only hiccup was near the end where I lacked the time to implement a high score. I decided to just leave it out and patch it in post-game jam.

Overall I think things came out well. I feel the game has an engaging gameplay mechanic separating itself from other entries of the Jam. I very much enjoy making short and sweet games and I'm happy to be back in the groove!

Defend the sky with your rocket glove!